Postscript to my trans-Himalayan Stroll 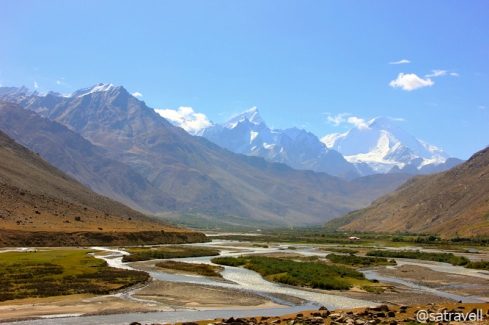 Nun-Kun in Suru Region. More from the stroll at Flickr Photostream

The following morning, I chose to ignore the otherwise routine morning activities, which includes yoga or a morning-walk. Without breakfasting, we checked out of the hotel and having bought prasad, from the market, for family, we set out towards the Jammu city (308 m). Without any stoppage on the way, we lunched at the famed Haveli on NH1 past Jalandhar. The cruising affair of The Faithful continued non-stop till Karnal where I spent 10 min in unloading cousin as well as his belongings. The distance between Karnal and Jind was covered via Panipat. This way I reached my home at around 2230 hrs after picking my better-half and the kid from her parental house in Jind itself.

Even more enthusiastic about the Indian trans-Himalayan region and having gained some first-hand knowledge, I spent the remainder of the night in recounting the experience as well as key highlights of our sojourn on the rugged edge of the world. While describing the happenings of the trip, I could almost pinpoint the key regions where I could not manage to travel this time on the dream journey. Certainly, there is all the more to look forward to on my next visit in the coming seasons.

Even though, it is all the more preposterous vainly trying to give inkling to what you consider to be your quest. Still, chronicling travels is a vital aspect of a wanderer’s objective. The current journal is my first ever attempt in the aforesaid direction. In the due course of writing, I got introduced to as well as discovered the various measures a writer needs to take while travelling. All such measures have been integrated with the thinking as well as planning process for all prospective journeys. In future, I do wish to get a chance to travel and visit a similar area for a longer duration to be able to grasp as well as analyse the realities and present them in a more useful manner.

The description, as mentioned in this journal, is a creation of knowledge on the area accumulated, over a period of time, by gaining first-hand experience as well as reading numerous books and write-ups which I so far came across. The finest of the accounts, as mentioned in this journal, would be those which are able to reproduce the soul as well as create a precise imagery of place. The description may seem below mark and perhaps thoughtless but anyone who has been to the trans-Himalayas would endorse the specifics and may like to supplement it with words which are even more beautiful. The memories of red, yellow-billed alpine choughs calling against the backdrop of rocky cliffs and wind-blasted afternoons are forever etched in my mind.

“He who travels far will often see things

Far removed from what he believed was Truth.

When he talks about it in the fields at home,

He is often accused of lying,

For the obdurate people will not believe

What they do not see and distinctly feel.

Will give little credence to my song.” 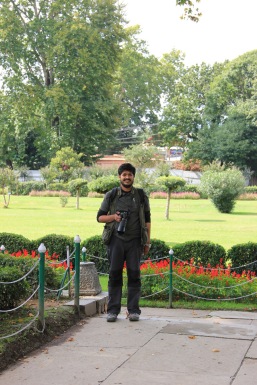 18 Comments on “Postscript to my trans-Himalayan Stroll”