Garhwal Diary; an affair with Bhullas at Lansdowne

The year-end holiday window presented me with a much-needed opportunity to rekindle my affair with Himalayas. Fortunately, this time, my visit to an oft-overlooked region uphill of Bhabhar belt of Pauri Garhwal was pedantically hosted by a family friend who made the stay superbly comfortable.

The mystic Himalayan wealth of Garhwal; view towards the Trisul and Nanda Devi. More at Flickr

As the road climbed from Kotdwar by the River Khoh crossing Sidhbali and Durga Devi temples, the Sal cover, stretched towards the North West fringes of the Corbett National Park, gradually gave way to pine forests and rocky mountain region. The current stretch of the NH 119 loops around small hills by the Khoh till Duggada, a village which shot into prominence during the construction of the cart road to connect Kotdwara with Lansdowne in 1919. Literally meaning a confluence, Duggada is a meeting point of Khoh stream, which rises near Dwarikhal in the Langur Range, and stream Siligadh. During rains, the Khoh is known to swell into a gushing stream before debouching the plains at Kotdwara, the administrative headquarters of the Bhabhar administration. 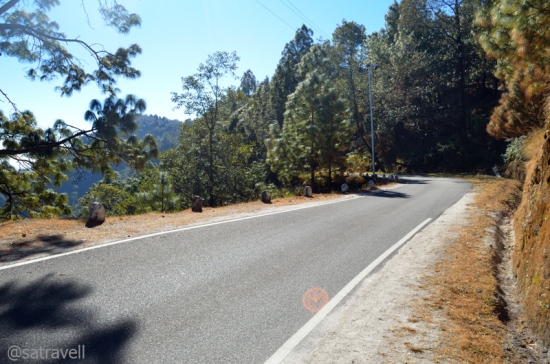 NH 119; I’d say one of the finest and loveliest hill-roads. More pics at Flickr Photoset

Right from my entry to Lansdowne, I was disciplinarily guided, wherever I sought directions to my destination within the administrative limits. A serene and modern blend of regimental history and comparatively an unspoiled hillside, Lansdowne has everything a curious traveller would look for. Or as the resident men in Olive Greens proudly define the scenic hill-station, “a geographic version of a gun with nature in the barrel”!

“A geographic version of a gun with nature in the barrel”. More of the region at Flickr Photoset

What more could I have asked for to awaken my spirits after a long day’s drive through plains when early morning, after the incipient rays of sun had played its magical part, I was welcomed by a superb Himalayan spectacle straight out of imagination. The snowy curtain of the central Great Himalayan Range stretches almost for 100 miles from Swargarohini to Nanda Kot.

The inspiring peace and tranquillity offered by Lansdowne’s misty charms along with the breathtakingly serene Himalayan views is nature at its best in today’s environmentally-conflicting times. Interspersed with antique self-designed red-roofed bungalows, rhododendron, oaks and deodars, the serenity only gets broken by chirrups of sparrows and thrushes or rallying calls of Bhullas in their training ground. Literally meaning a younger brother, soldiers of Garhwal Regiment are referred to as Bhullas amongst themselves.

Indicator to over 15 major peaks of the Great Himalayan Range, the bronze Dial was presented to the Garhwal Regiment by Col Roberts. More pics of the region at Flickr Photoset

The house once owned by Col Roberts is also said to be associated with friendly headless horserider ghost of himself. No ceremony is said to be complete unless a toast is raised to him

The impeccably managed antique building, now the Officer’s Mess of Garhwal Rifles Regimental Centre, houses historical treasure in the form of military records, books, game trophies, etc. The building, witness to the extravagantly lifestyle of the British, was constructed in 1892. 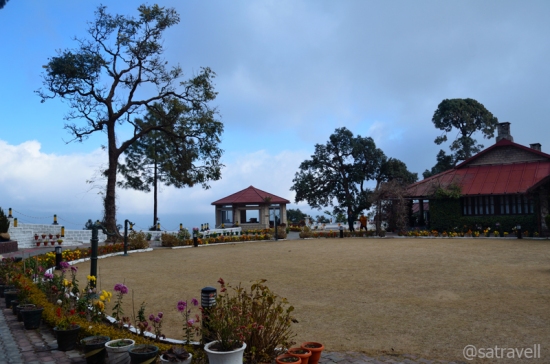 The Gazebo offers most perfect view possible on the ridge of Lansdowne. More pics at Flickr

The antique stone cellar, down below, was used to store and preserve game by the British

View of the Great Himalayan Range from the Dial. More from the region at Flickr

Originally known as Kaludanda, the name Lansdowne, for a hill station, may appear to be out of place in this part of the world. After the ridge was occupied by the freshly-raised Garhwal Regiment of Infantry, it was renamed as Lansdowne in 1890 to venerate Henry Charles Keith Petty Fitzmaurice, the fifth Marquis of Lansdowne who happened to be the British Viceroy of India during that period. Most of the colonial leftovers are professionally preserved and egoistically put to display by the Garhwali Rifles inside the cantonment.

Lansdowne is strategically located on a ridge, at an average altitude of 1700 m, which overlooks the forest wealth of Bhabhar, Garhwal and Kumaon regions. Still retaining its original charm, courtesy the Indian Army, the popular attractions within Lansdowne including Santoshi Mata temple, Tiffin Top, Bhulla Taal, St Mary’s as well as St John’s Churches, Regimental Museum, Main Market, etc. all can be covered on foot. Visiting the inbounds of cantonment may not be possible without permission from the concerned authorities. I would say fortunately I was very lucky. 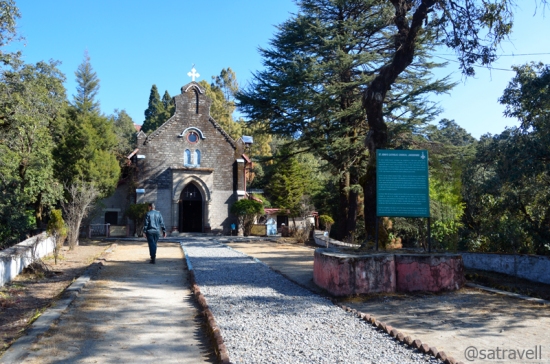 From being a temple, school, stable and a godown, the restored St John’s Church (1936) has seen it all

A temple Bell tied at the entrance door of the St John’s Church. More from the region at Flickr 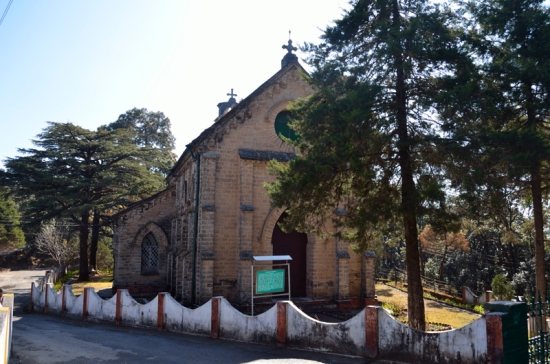 Originally built in 1896, the St Mary’s Church was restored recently. More at Flickr

The artificially built Bhulla Taal is a popular picnic spot. More from the region at Flickr

The Garhwal Rifles Regimental Museum houses some of the oldest weaponry used and records maintained by the British in the region. For more pics, please visit Flickr Photoset

Mostly owing to its positioning on the trade route, back in the days of the Raj, Lansdowne was one of the largest hill cantonments. The shaded winding roads are still lined with colonial bungalows unwaveringly holding their olden charm with ornate gates and windowsills hidden behind a riot of shrubbery. The cantonment stretches along the ridge for over eight kilometres and is roughly divided into halves by a gulch at the pinnacle of the Pauri-Lansdowne road near the church. The Garhwal Rifles occupy a majority of the area on the ridge and the top by officers’ bungalows. The Sadar Bazaar lies towards the south of the ridge and the Bhulla Taal towards the South West.

The Gandhi Park Chowk also marks the Main Market. More from the region at Flickr Photoset

It took me about 70 minutes to reach Lansdowne from Kotdwar market. A full-day walk would be enough to touch the various points of attraction. However, a longish stay is recommended to be friends with the fauna and discover the tranquility of Kaludanda. Before you trip in, be sure about your accommodation at Lansdowne as there are limited options. For Civilians. Yes!

Welcoming the sun at Lansdowne; the Nayar Valley is enveloped by clouds. More pics at Flickr

← Kullu Diary; the flowing Ridge of Kothi
Garhwal Diary; The Grand Balcony of Himalayas at Pauri →

12 Comments on “Garhwal Diary; an affair with Bhullas at Lansdowne”